DESCRIPTION
One of the most beautiful via ferratas in the Dolomites.
The Via Ferrata Mesules is classified as difficult. It is very exposed, especially in the first part where the greatest difficulties are found. The second part is much less demanding. For the return we have chosen to take the shortcut: under Piz Miara take an unmarked path to the right that leads to Val Lasties and to the return path n. 647. This avoids much of the crossing of the plateau by not passing through the Forcella d'Antersass (in terms of time about 1.5 hours).
Throughout the itinerary you can enjoy a fabulous 360 degree panorama.

ITINERARY
From the car park (2070 m) go up to Passo Sella (2240 m) on an asphalted road. As soon as you pass the Hotel Mariaflora, path no. 649, which in 30 minutes leads to the start of the via ferrata (2290 m). You go up the first section of the via ferrata, then there is an exposed path and on rocks and finally the second section of the via ferrata (3 hours of via ferrata). In a few minutes you go up to Piz Selva (2941 m) and then you go to Piz Miara (2964 m). Here you go down and take the shortcut (not signposted) along the Valon Bianch with equipped points and arrive in Val Lasties (2330 m). Following the path 647 you arrive at the paved road and then at the starting point.

REFRESHMENT POINT
Only at Passo Sella

AUTHOR’S SUGGESTIONS
The via ferrata is classified as difficult and has no escape routes, so evaluate your strength and weather conditions well before setting off.

SAFETY TIPS
The viability of the proposed itinerary, like all mountain morphology, is subject to environmental changes due to natural events and weather conditions. So, before leaving, consult the competent tourist offices and / or the refuges of reference.
Our GPX tracks are only indicative, that is, the route was carried out at best with the conditions of the trails and weather of that day. So always evaluate what to do on site.
Also remember to evaluate the route based on your physical abilities, training and the equipment you have.
You should leave someone the route you intend to do told.
Remember that the emergency number is 112.

EQUIPMENT
It is recommended to have the appropriate equipment: technical mountain clothing, boots with vibram sole or similar, via ferrata set, harness, helmet, via ferrata gloves, goggles, sunscreen, backpack with drinks. 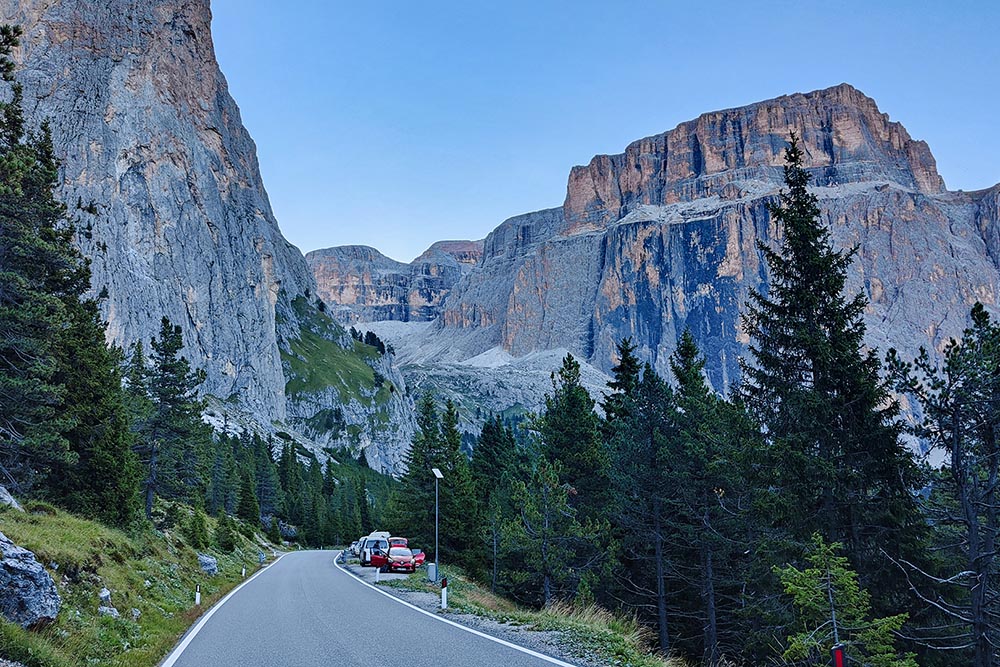 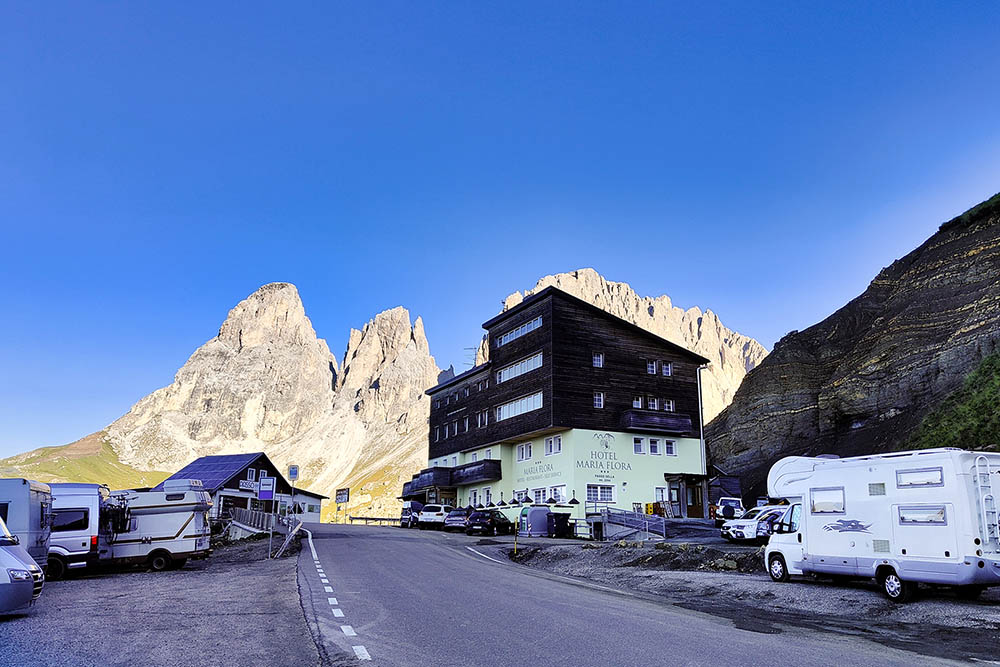 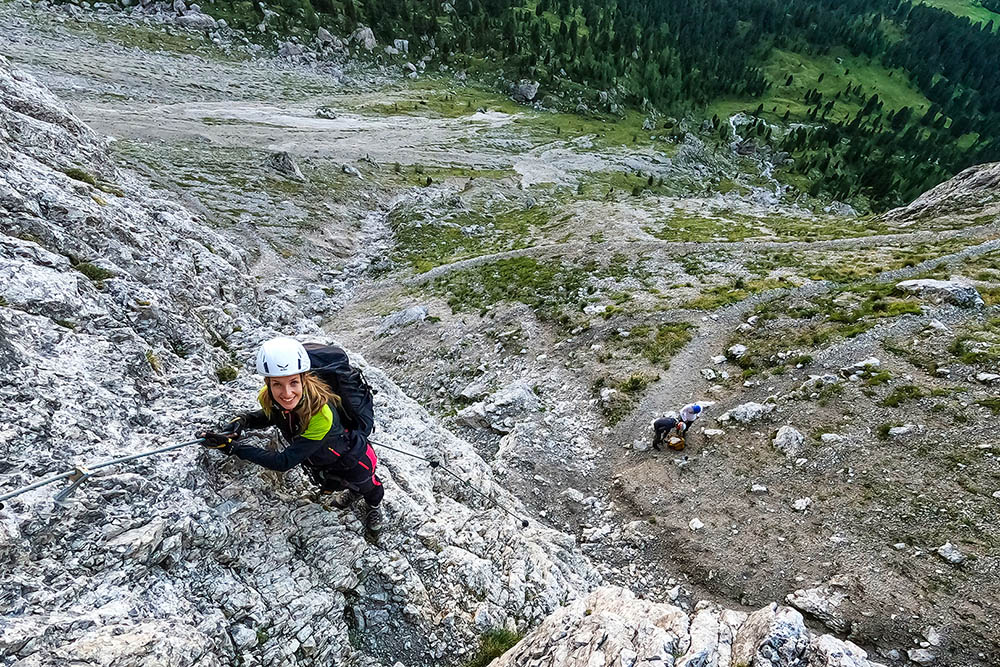 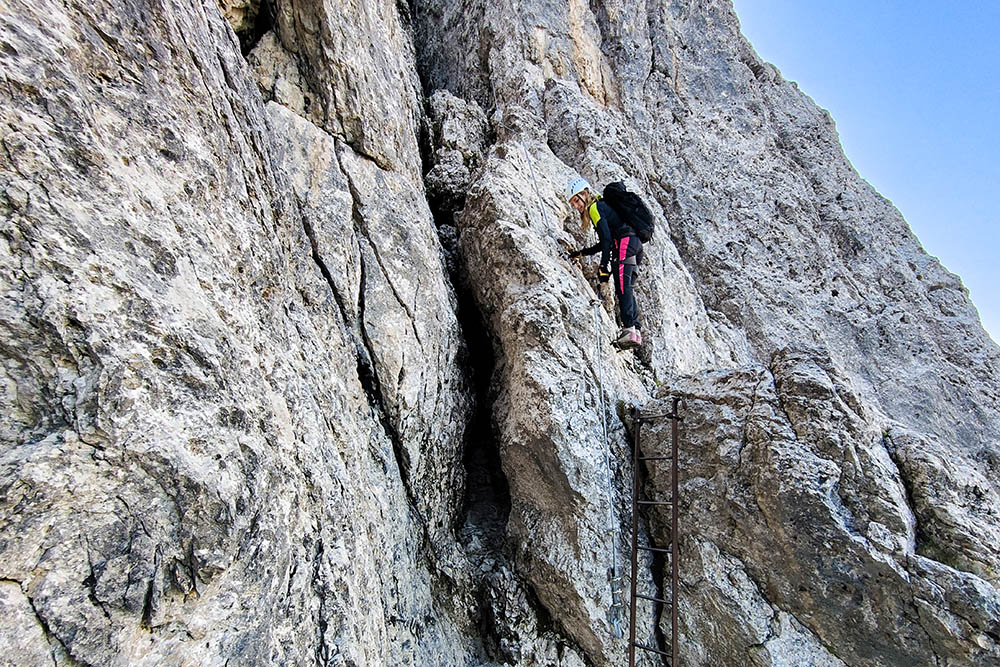 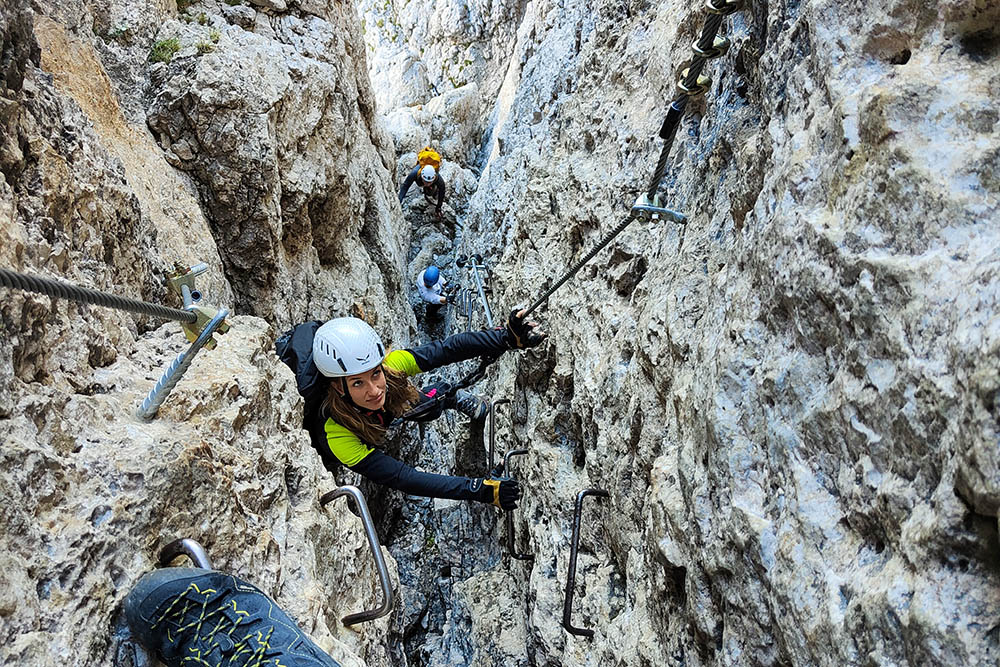 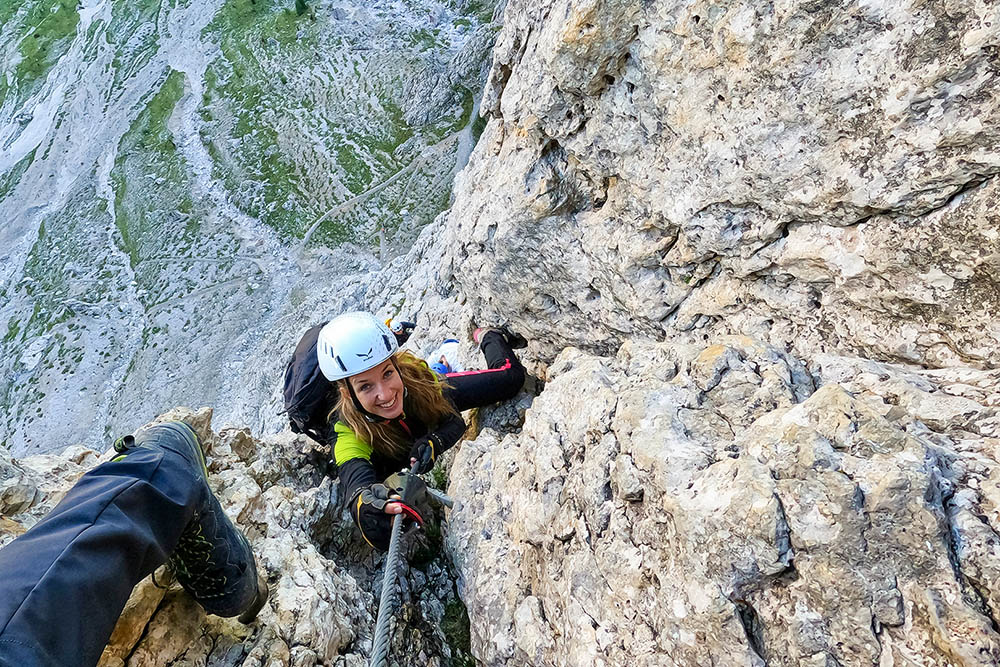 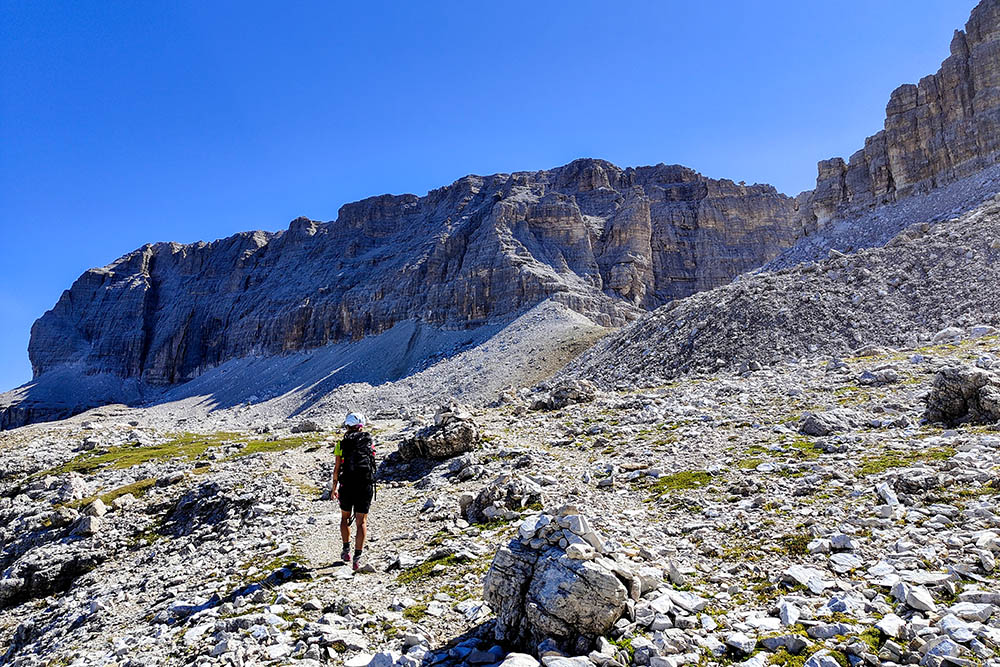 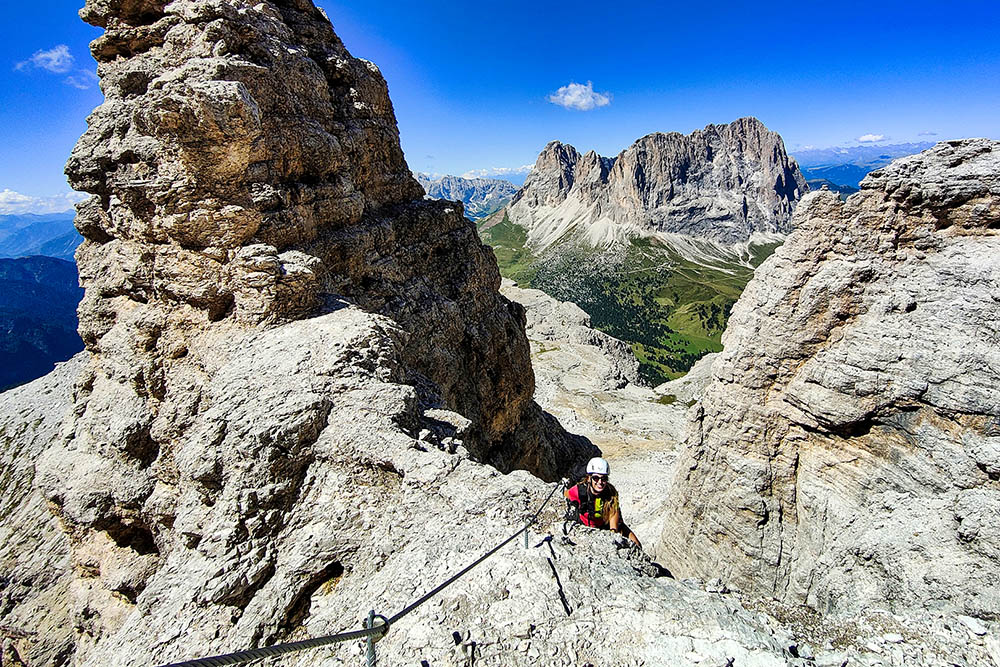 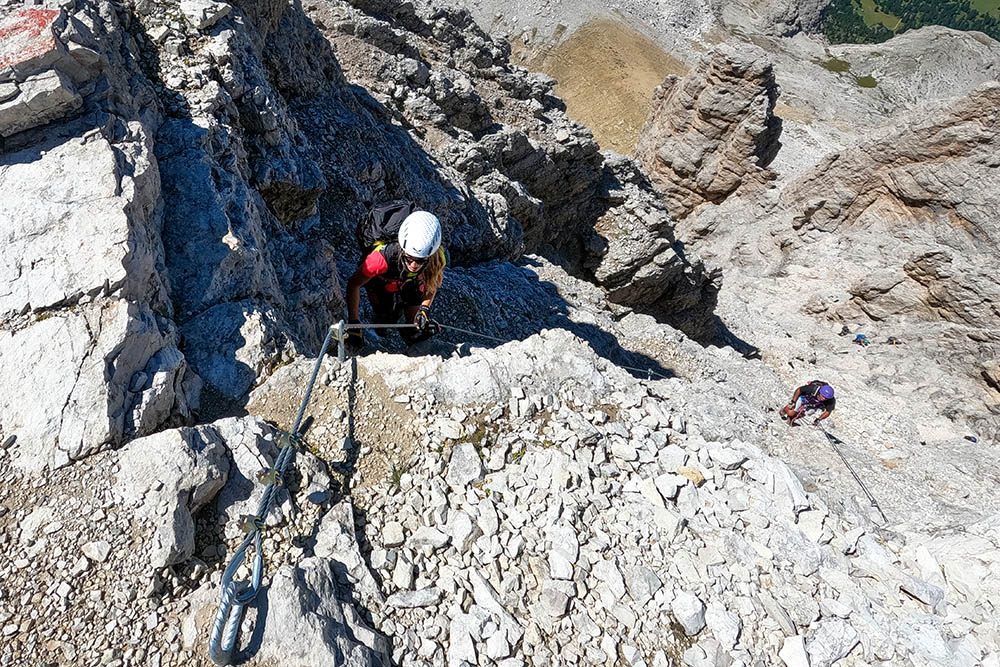 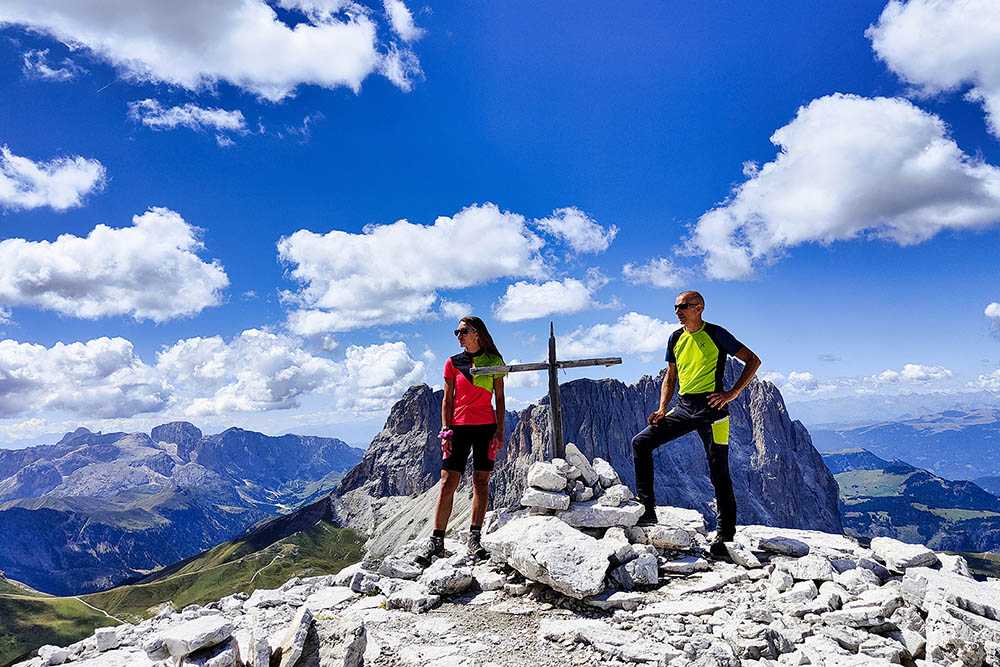 In vetta a Piz Selva 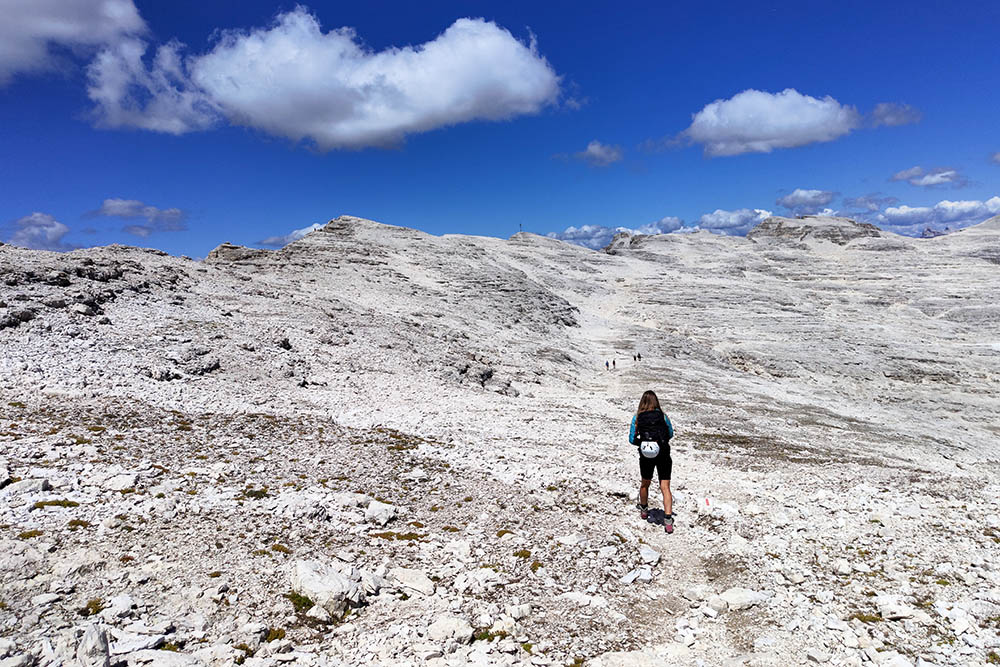 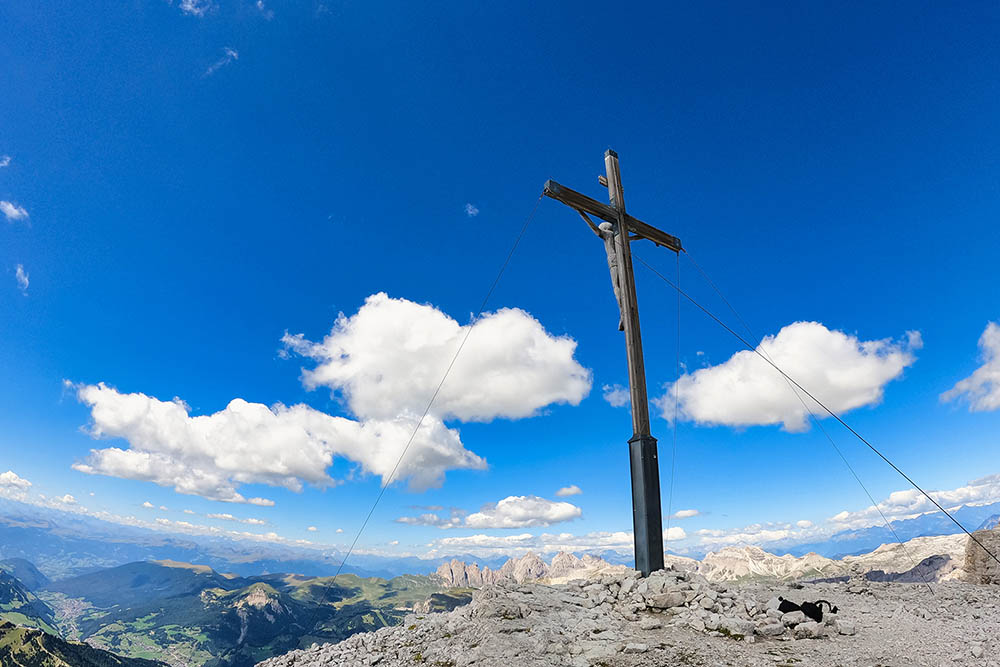 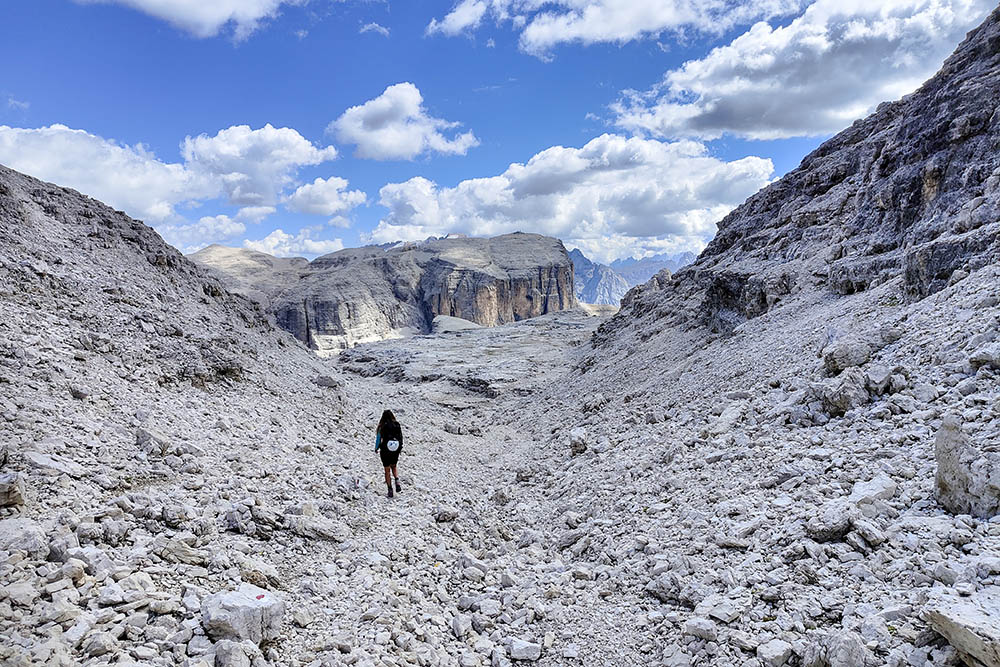 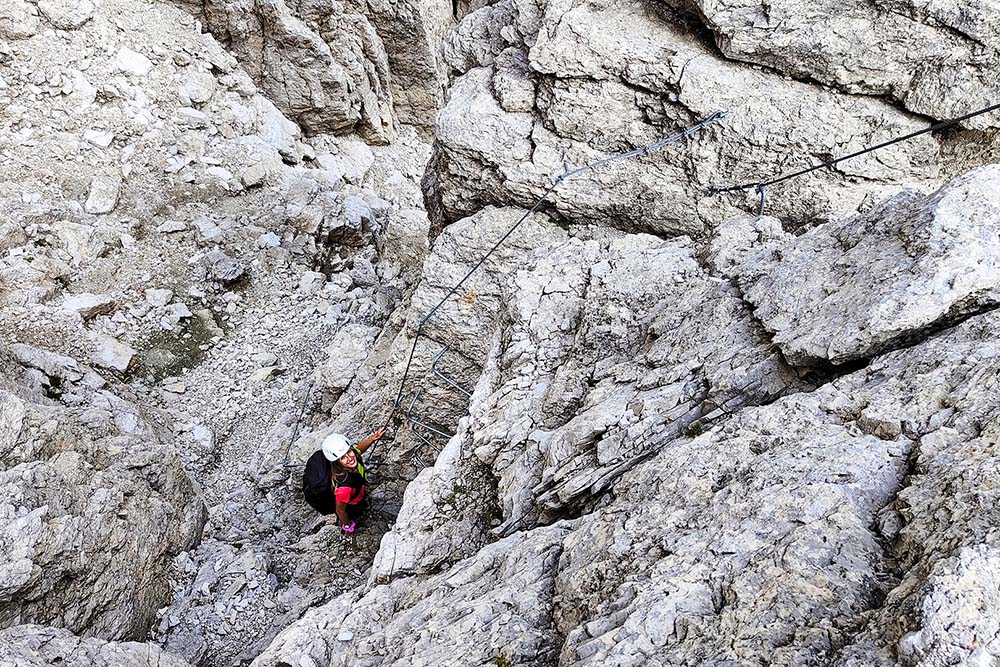 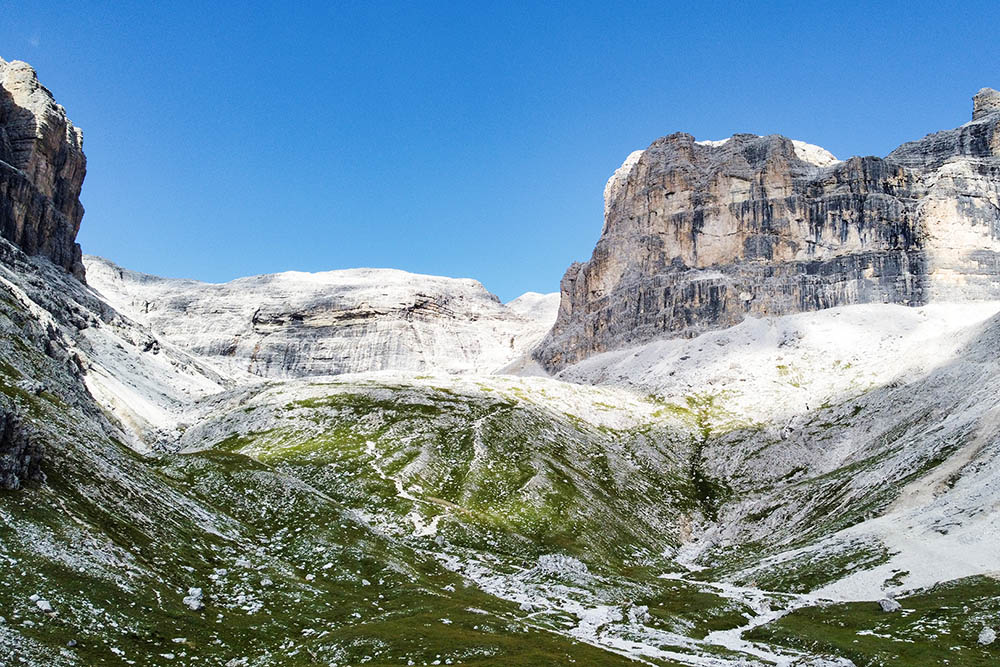